Sheri Dean’s musical talents are rooted in her Appalachian heritage. Her mother, Jeannie Williams, was a distinctive and noteworthy Country singer who opened for some of the biggest names in Country Music: Johnny Cash, George Jones, Jean Shepard and Jim Ed Brown to name a few. Don Gibson even wrote a song for Jeannie. Sheri grew up attending her mother’s concerts and always wanted to be an entertainer too.

Sheri Dean’s uncles were very influential on her musical development too. “My mom grew up singing in the family band. Her brothers Alva “Junior”, Leonard, Marion “Mac” and Harry McCoy all played instruments and performed regularly. They played under several names: The Ross County Farmers, The McCoy Brothers, The Real McCoys, and the Shawnee Valley Boys are some of the names I can remember. They were always traveling somewhere to play so my Dad built Sam’s Place in Chillicothe, Ohio so they would all have a place to play every weekend. Sam’s Place was home to many local entertainers as well as national Country and Bluegrass acts. Sam’s Place was built on 24 acres and my dad had plans of developing a a campground, but he died before he could see his vision fully take shape. When the “California Sound” started sweeping the nation, my mom saw an opportunity to appeal to a broader audience and hired local Country Rock bands to perform at Sam’s Place.” Some of those “local” acts included Pure Prairie League and McGuffy Lane. Sheri literally learned how to play guitar at the feet of some of the best entertainers performing in the 1970s. Sheri grew up singing at family gatherings where she sang songs made famous by The Carter Family, Loretta Lynn, Buck Owens, Connie Smith and Barbara Mandrell.  Barbara Mandrell was a particular favorite; “I loved Barbara Mandrell from the moment I heard her. I begged my mom to book her into Sam’s Place so I could meet her. Barbara Mandrell was just so amazing because she sang, danced, cracked jokes and played steel guitar, bass guitar and 5-string banjo in her act! I wanted to be just like her and play all of those instruments. I followed Barbara around for years. She would always upgrade my concert tickets and let me sit with her son Matthew in the front row and visit with her backstage on her tour bus.”

Sheri Dean’s world changed dramatically when Jeanne Williams died of cancer in 1981 and Sam’s Place was sold at auction. Sheri began teaching guitar and bass lessons, and performing in a variety of local bands to pay her way through college. Sheri dropped out of the music scene completely to be a wife, mother, teacher and school administrator. Sheri is married to Todd Dean, owner of Affordable Cyc Walls, and mother of Eddie Dean, lead guitarist in Broken Bullet.

Sheri’s life changed once more when she was in a traumatic accident in February 2008. A woman lost control of her car and ran head on into Sheri’s car leaving her with multiple serious injuries. “My righ foot was completely crushed, folded in half, spun around backward with my leg bone speared through it. My middle finger was stuck to my palm.” Sheri was told she would “never walk without a cane and never play guitar again”.  Sheri has four plates and fifteen screws in her right foot and two plates and nine screws in her right wrist. Sheri has never been one to take “NO” for an answer. She began playing guitar in September 2010 when she was given Alva McCoy’s guitar. “I was in a wheelchair and wore a brace on my right hand and I had no idea my uncle’s guitar would lead to a music career.” Sheri began playing dobro in January 2011 as self-prescribed physical therapy for nerve and ligament damage in her right hand. She added mandolin in April 2011 to “unlock” her wrist and has been adding instruments ever since. Sheri began performing again in Spring 2011 when she was finally able to leave her wheelchair behind. Sheri looked again to Barbara Mandrell for inspiration because she had been in a terrible car accident in 1984 and went back to performing after sustaining serious injuries. Sheri is also a woman of Faith. “I give full credit to the healing power of Jesus Christ for my miraculous recovery.” 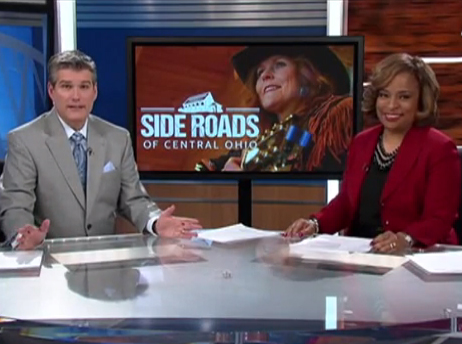 Click on the photo to see Sheri Dean’s feature story on Side Roads of Central Ohio, WBNS 10TV, a CBS affiliate.

Sheri sings: When Will You Be Mine Again

Where to find me